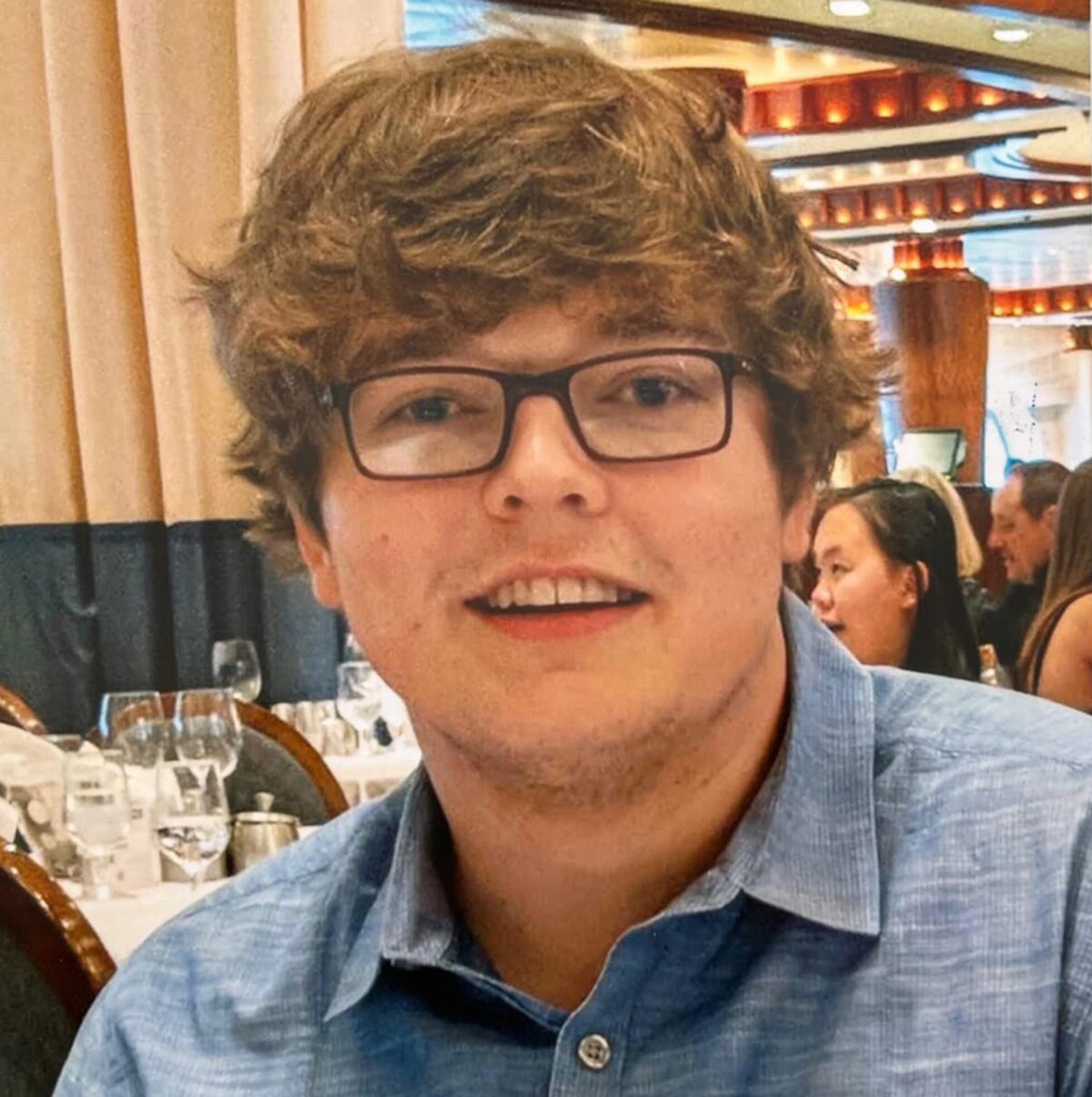 Two officers involved in the fatal shooting of a Colorado man who called 911 for help after his SUV got stuck this summer have been indicted by a county grand jury and fired from their jobs, officials said.

Bond was set at $50,000 for Buen and at $2,500 for Gould. No attorney appeared to be listed for either. NBC News contacted a LinkedIn account appearing to belong to Gould for comment but did not immediately receive a response. Contact details could not be found for Buen.

The indictment comes nearly six months after Glass was fatally shot by a Clear Creek County sheriff’s deputy on June 11 in Silver Plume, according to his family’s attorneys and the sheriff’s office.

Glass appeared to be holding a knife when he was shot five times after refusing to get out of his Honda Pilot for nearly 70 minutes, according to body camera footage and an autopsy report provided by his family’s attorney.

The 22-year-old had told a 911 dispatcher he had two knives, a hammer and a rubber mallet when he was asked whether he had any weapons, according to call records. Lawyers for his family said he was an amateur geologist and used the knives, hammer and mallet for his hobby.

The Clear Creek County Sheriff’s Office said that following Wednesday’s indictment, it had terminated the employment of both Buen and Gould.

“The Sheriff reaffirms his commitment to make any necessary changes to try and prevent a terrible situation like this from happening in the future, increase public trust in the CCSO, and continue to look for every opportunity to improve,” it said in a statement.

In a June statement, the Clear Creek County Sheriff’s Office said deputies had taken a call for a “motorist assist” at around 11:20 pm on June 10.

They arrived and found a single vehicle, which appeared to have been involved in an accident, it said. Glass “immediately became argumentative and uncooperative with the deputies and had armed himself with a knife,” the statement said.

“Additional law enforcement officers arrived and for over an hour tried to bring the situation to a peaceful resolution,” it said.

Deputies were able to break windows of the vehicle and remove the knife, but “the suspect rearmed himself with a rock and a second knife,” the statement said. “Deputies deployed less-lethal bean bags, and Taser with negative results. The suspect eventually tried to stab an officer and was shot.”

An autopsy determined he had died from gunshot wounds. It also showed that he had a .01% blood alcohol level and THC in his system, as well as amphetamine, which the Denver-based Rathod/Mohamedbhai law firm representing his family previously said was likely to be from a prescription to treat ADHD.

Rathod said that Glass was most likely having a mental crisis when he made the initial 911 call.

Video previously provided by the Glass family’s lawyers appears to show an officer ordering Glass to get out of the car.

“Sir, I’m terrified,” Glass responds. The officers tell him he doesn’t need to be terrified and that they are there to help.

More officers later arrive and after about 67 minutes, Glass makes what appears to be a heart gesture with his hands towards officers. A female voice is heard saying, “Same back at you, but come on out and talk to us.” Glass appears to blow kisses towards the officers.

Shortly after, an officer announces that the police will break into Glass’ SUV. The SUV’s front passenger-side window is broken, and officers can be heard ordering Glass to drop the knife. He is shot with bean bags as officers yell for him to drop the knife.

Glass is then shot with a stun gun and begins shouting hysterically.

Later, with the knife in his hand, Glass appears to turn towards an officer shortly before he is shot. He then appears to stab himself before he drops the knife. Rathod previously said Glass’ knife injuries were superficial.

Deputies had asked Glass to leave the vehicle at least three dozen times during the encounter, the bodycam footage showed. They had also discussed whether Glass may have used drugs, had suffered an injury during the collision or was experiencing mental-health issues.

Attorneys for Glass’ family said in a statement Wednesday that while his loved ones are “relieved appropriate charges have been brought against some of those responsible” for the death of their son, “nothing will bring Christian back to his family.”

“Christian’s death is a stain on every officer who was present and failed to prevent the escalation and unnecessary uses of force,” they said.

Both Buen and Gould are expected to appear in court next in mid-December, McCollum’s office said.

This article was originally published on NBCNews.com