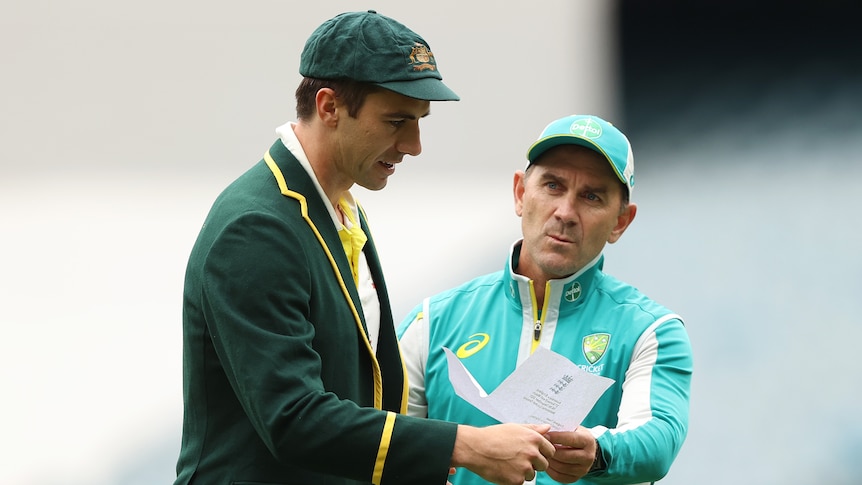 The ghost of Justin Langer’s coaching career is set to loom over the Test summer, with the former mentor’s criticism of Cricket Australia and senior players a likely sign of things to come.

Langer attracted front-page and back-page headlines on Wednesday when he lashed out at officials over his February axing, while accusing players of not being up front with him early enough.

The former coach also claimed the majority of players supported him, while labeling sources who leaked concerns about his intense nature to the media as “cowards” with agendas.

The comments come just a week out from Australia’s first Test against the West Indies, where Langer will step into the commentary box for the first time with Seven.

They have also coincided with concerns of a rift between current and former players over Langer’s exit, and whether players should have stood by the coach.

Speaking to the Back Chat podcast, Langer praised former Test captain Tim Paine’s feedback but claimed the likes of Pat Cummins and Aaron Finch should have been up front earlier, before last August’s crisis meetings.

“I spoke to Pat Cummins. He said to me about five times, ‘This might be brutally honest,'” Langer recalled.

“I said, ‘Pat, there is nothing brutal about your feedback. What is brutal is I’m hearing it behind my back through the media or through sources’.

“No one’s telling me. Tell me.

Langer insisted he was not an angry coach, and that players had misinterpreted his silence and reflection after losses.

He also claimed there was no mutiny against him, arguing that the few with the loudest voices were the only ones raising issues.

Beyond that, he was adamant he should have been offered more than a six-month contract after last summer’s T20 World Cup and home Ashes success.

“The hardest thing for me of all of it was, I got the feedback (and) I did something about it,” Langer said.

“We won the T20 World Cup, we won the Ashes. We were number one in the world… And I’ve still got sacked.

“You can’t give someone feedback, (they) do something about it, and then (for) that to happen.”

Langer has the support of several ex-players in the media, and in the interview noted the hardcore nature of former captains Allan Border, Mark Taylor, Steve Waugh and Ricky Ponting.

But it is likely his views will not entirely wash with current players.

Several people have pointed to last summer’s success coming after Langer took a back seat following the mid-year feedback, with assistants — including Andrew McDonald — and players taking charge in the T20 World Cup.

There were also signs of feedback as early as the 2018 Boxing Day Test, after which Usman Khawaja can be seen telling Langer players were “intimidated” and “walking on eggshells” in The Test documentary.

Then there is a thought that non-senior players did not feel comfortable being direct with their feedback, fearing the flow-on effects from it.

The issue now looms as one likely to be prominent through the summer, with Langer to be a regular voice on Australian TV.