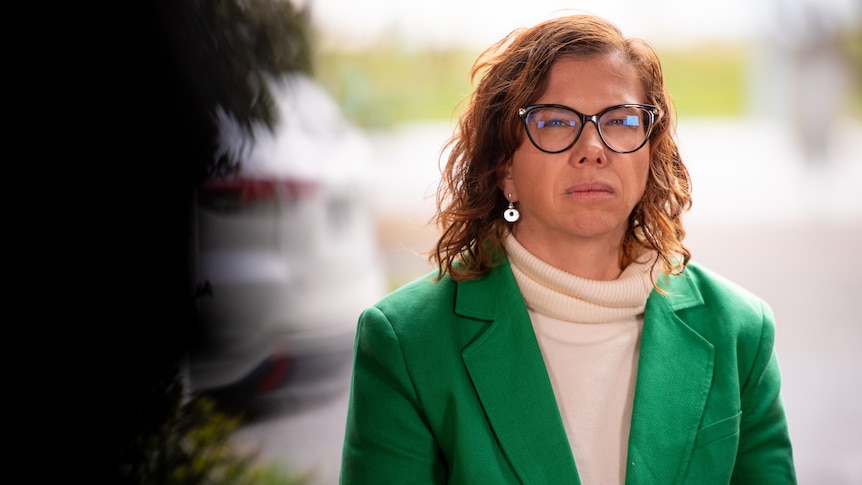 An overhaul of the federal government’s controversial Disability Employment Service (DES) could see people with disabilities given more power to rank their job providers.

The unemployment rate for people with disabilities is roughly double that of other working-aged Australians, despite the national worker shortage and increased spending on the DES.

The federal government spends more than $1 billion on the scheme each year, but participants have given mixed reviews about its effectiveness.

Under the program, providers get outcome payments from the federal government when participants reach various goals, such as being in the program for a certain number of weeks.

Providers are ranked using a star rating system based on whether they are meeting key performance indicators.

In February, the disability royal commission examined the effectiveness of the DES program after witnesses previously gave evidence that “participants were rarely placed in meaningful work”.

The commission heard evidence from a former DES participant who described an unpleasant experience with a barista program that lacked basic equipment.

Got a confidential news tip?

In August, the government dumped the services of 52 DES providers following a scheduled performance review.

An ongoing review of the DES program has been extended by two years to the end of 2025, while the government develops a new specialist disability employment services model to replace the current scheme.

Social Services Minister Amanda Rishworth told 7.30 she was keen to see changes that would give people who used the DES more say over the performance ranking of providers.

“What I noticed is that participants who have experienced the service don’t really have a say or get to inform the evaluation process,” Ms Rishworth said.

“We need to drive improvement. We need to make sure that the service is providing high-quality outcomes for people with disabilities.

“I don’t think over the whole it is doing that right now.

“We’ve had a very stubborn level of unemployment for people living with disability. It hasn’t really shifted for decades.”

Ms Rishworth indicated the changes could be done before the end of the review period in 2025.

“There is the long-term reform process that needs to happen, which is why we’ve said that we will extend the current contracts for two years,” she said.

“But that doesn’t mean that those current contracts won’t be subject to having a careful look at, and I’m certainly committed to short-term reforms as well.”

Of the 282,000 current DES participants, about 42 percent of them have a job and receive support.

“For the amount of money that has been invested in DES, people have reports of poor outcomes overall, shonky providers, people who have been given no support, [and] providers who don’t understand disability,” she said.

“It is really welcomed to hear that the government has decided it is time to change that up.”

Ms Connor said for some people with disabilities, who like her who were particularly vulnerable to severe illness from COVID-19, finding work was even more difficult during the pandemic.

She said she had been unable to find suitable work during the pandemic and would like to see the review of disability services considering those who needed to work remotely.

“COVID is something that we need to consider,” she said.

“We need to look at how people can safely work from home, study from home and do things differently in a digital world.”

Participation rate ‘has not changed in 28 years’

Australian of the Year Dylan Alcott has made improving employment outcomes for people living with a disability a key focus of his tenure.

He recently announced plans for a new online job platform aimed at improving the employment and recruitment process for people with disabilities, which will receive $6 million in federal funding.

“The participation rate in this country has not changed in 28 years,” he said when launching The Field earlier this month.

“There is half a million people actively looking for work with a disability right now, and there is a worker shortage.”

Perth-based business owner Kyal Fairbairn, who has an intellectual disability, said discrimination was still a major barrier to employment.

Mr Fairbairn runs his coffee cart with the help of the support workers he employs through the NDIS.

“I started my own business because I wanted to be my own boss and show people that if you have a disability, you can do pretty much anything,” he said.

Do you know more about this story? Get in touch with 7.30 here.