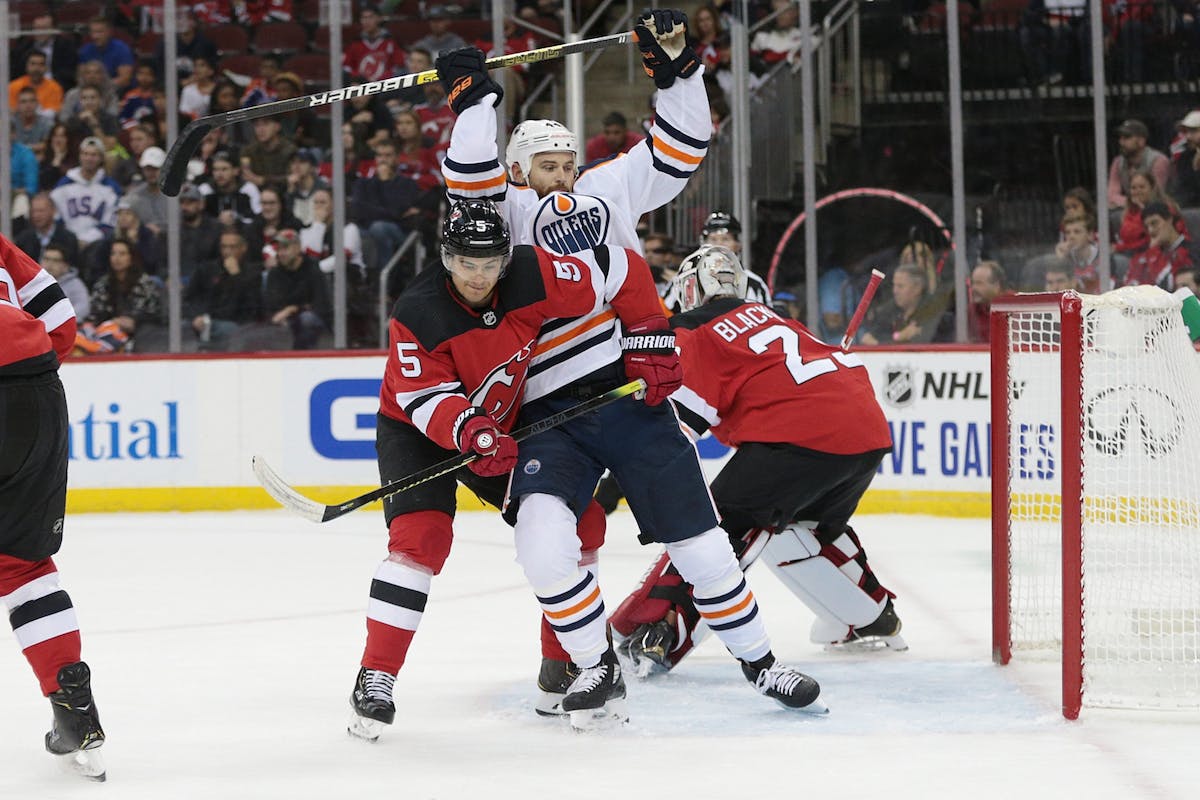 Welcome to our game day content presented by NHL betting site Betway!
It is difficult to produce regularly in the NHL. The elite players do it year after year, but they are a small group. Most teams have four or five, maybe six, consistent goal-scoring and point-producing forwards year to year. But there are players who can get hot for a few months, and in some over a 60-80 game stretch, and with Evander Kane sidelined for three to four months, the Oilers desperately need a forward to reproduce what Zack Kassian did during the 2019 calendar year.

In January 2019, Kassian got promoted to play with Connor McDavid. He had scored 2-1-3 in his first 36 games, so it wasn’t like he got promoted due to great production, but when he got a chance with McDavid he caught fire. Kassian produced 13-10-23 in 43 games from January to April. He didn’t play exclusively with McDavid, but he did play 402 of his 526 minutes at 5×5 with McDavid.

It was the best year of Kassian’s career. Despite incorrect suggestions, he had played regularly with top-six forwards prior to skating with McDavid (he only played 182 minutes total with the Sedins over two seasons), Kassian’s production really came out of nowhere. It didn’t last, and the Oilers jumped the gun in signing him to a four-year, $3.2m AAV in January 2020. The Oilers don’t need someone to sign a huge contract like Kassian, but they need someone to step up and produce when given the opportunity.

Mattias Janmark is in that spot right now. I don’t expect him to produce like Kassian, but he does need to chip in with some goals at some point. If not maybe Klim Kostin gets a look on that line. The best option on the roster to have a career-best few months might be Warren Foegele. Foegele has three goals in five games and two since being promoted to play with Leon Draisaitl. Foegele is similar to Kassian in that he’s never been a regular in the top six. He played third line minutes in Carolina and last year in Edmonton.

His past four years at 5×5 he scored 10, 10, 9, and 9 goals. Could he get hot? He might, especially now that he’s not only playing with Draisaitl, but also getting minutes on the penalty kill.

“It is easier to feel in the game,” said Foegele about getting on the PK. “Last year, especially the second half, I wasn’t on any special teams unit. It was hard, mentally and physically, to sit for seven or eight minutes and then play the game that I play, which is hard and tenacious. That is why we (he and Jay Woodcroft) had conversations about how I can get an opportunity and obviously I had to showcase that as well. I think with our new PK it blends well with how I skate and how I can PK. It just keeps me in the game, and I think we’ve seen over the last couple of games I’m more engaged and playing Warren Foegele hockey.”

Foegele’s first goal of the season came on the penalty kill in Tampa Bay. He was goalless in the first 12 games of the season and getting that first one allowed him to exhale a bit.

“I think it is a sigh of relief,” Foegele said. “The first one is always the hardest one to get, then you take a deep breath and you’re more confident with the puck, you’re shooting it more and you are less hesitant and more instincts. For myself, I just have to play off instincts.”

But his instincts are a bit different when playing with an elite player like Draisaitl. I asked him: Is it more about getting to space, or when he gets to space when skating with Draisaitl?

“I think both matters,” replied Foegele. “The one thing I’ve learned, and I played a little bit with Drai last year and we had some good stretches together, it’s about managing the puck when I’m out there with him. We don’t want to be chasing the game. We want the puck in his hands more than in my hands. If I’m always dumping and chasing it then he isn’t going to get it, so there is a sense of managing the puck when you’re playing with him. At the same time, I’m still going to go to the net, I still have to forecheck and do the little things that make me the player I am. It is a great opportunity for me and hopefully, we can cash in on more opportunities.”

He’s played three games with Draisaitl and scored goals in two of them. I asked him if making more plays, because he doesn’t want to just dump and chase with Draisaitl, has made him realize he can do more at the NHL level.

“You gain more personal confidence when you make plays by holding on to the puck and think, ‘Oh now I remember, I can make plays.’ You build that by making those plays and I think that was really well said by you in how I realize I can make more plays than maybe I was if I was on a different line,” Foegele said.

Foegele has looked good with Draisaitl. He’s using his speed and he’s scored some timely goals. He got the game winner in Florida and the first goal of the game v. Vegas. Edmonton needs a complementary forward to step up and grab the opportunities that opened up with the injuries to Evander Kane and Kailer Yamamoto.

I think Foegele is their best bet to fill the void.

The only lineup change has Brad Malone drawing in for Devin Shore. Edmonton really could use a goal from its bottom six tonight. Jesse Puljujarvi has one goal in 18 games. Ryan McLeod has three, but none in the past 12 games. They need someone to chip in.

The Devils’ fourth line has a combined 11 goals, as does its third line. They have moved forwards up and down the lineup this year and all are producing. Tonight’s second line has 15 goals while their top line has combined also has 15. Their forwards have 56 goals this season with Ondrej Palat (3) and Alexander Holtz (1), not in tonight’s lineup.

Edmonton’s forwards have 57 goals, but the splits are much different.

Tonight’s first line has 25 goals. The second line has 21. The third line has four and the fourth line has two. Someone in the bottom six needs to start producing.

GAME DAY PREDICTION: Edmonton picks up the upset win and ends the Devils’ 12-game losing streak with a 4-3 win.