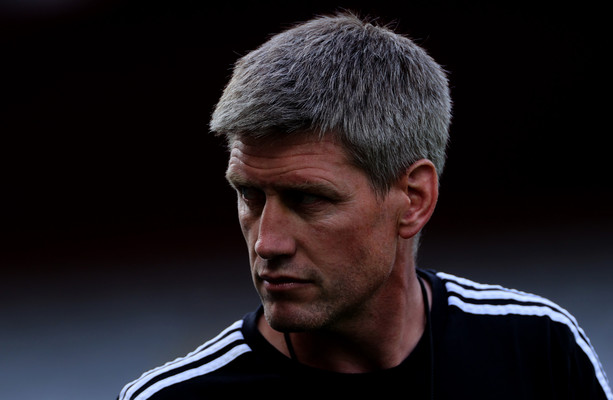 RONAN O’GARA says the opportunity to lead England to World Cup success would make any potential job offer from the RFU an exciting prospect.

Current England head coach Eddie Jones will step down following next year’s World Cup in France, with the RFU hoping to name his successor in the summer.

Former Ireland and Munster out-half O’Gara has been linked with the position, and last week told Off the Ball he “wouldn’t rule it out.”

Speaking today, O’Gara explained why he would give serious thought to any potential offer from the RFU.

“It’s a huge decision to even contemplate because there’s a lot to it,” he said.

Obviously, considering I played for Ireland for a long period of time, it’s not something you’d ever contemplate as a player but times move on and it becomes appealing because you feel like you have a group that could win a World Cup, and that’s what becomes exciting. To test me, to test your players at the highest possible level under extreme pressure. That stimulates me, that awakens me and that inspires me.

“But obviously you have to give an incredible amount of thought to what it would look like. It’s one thing contemplating it but actually putting that into reality is something that I genuinely haven’t given the necessary depth of thought, because it’s a huge decision.”

O’Gara has established himself as one of the most exciting young coaches in the game having steered French side La Rochelle to an unlikely Champions Cup success last season.

The 45-year-old admits he enjoys the challenges and demands of club rugby in France, and that it would probably take an offer from an international team to tempt him away from La Rochelle.

“The good thing about my age now is that I have a lot of energy for the club game. The Top 14 challenges you and absolutely hammers you in every dimension; physically, mentally, week after week with a different task every week, a different set of circumstances, but it’s fascinating.

“I had a bit of a dream start to this job, the fact that first year, you win a Champions Cup against high odds with a really special group, and now it’s kind of becoming more and more ‘my’ group. So at my age, there’s a lot going on here that I like.

If you have consistent behaviors you ask yourself, well, why would I leave here? And you’d leave it because there was a better opportunity or something that you thought at this time was more interesting than coaching La Rochelle. There’s very few jobs at the minute that would even get me to think about that, but a few in the Test game would.”

O’Gara would surely love a crack at the Ireland job but with Andy Farrell in charge until at least 2025, it’s not likely the IRFU will be picking up the phone anytime soon.

The La Rochelle boss has been impressed by Ireland’s form under Farrell this season.

“It’s been a fantastic year (for Ireland) obviously, but I think in sport it comes down to your last week, and what’s next, and that’s what this group of players will be interested in.

“What is probably interesting in the South Africa and Australia games, it’s a one score game at home. They’re real nip and tuck games, the Australia game, when you watch that Australia had match-point and Jake Gordon joining the maul, ahead of the ball, is a big, big mistake. With the way it’s refereed now, it’s hard to stop that driving maul if it’s got momentum.

“Obviously after that they had another chance again, so Ireland are aware that they’re going really well, but the margins are getting smaller and smaller, and I think it’s a period where a lot of the reliables appeared, but the disappointing performances would be a missed opportunity by certain people to put up their hands against Fiji.” 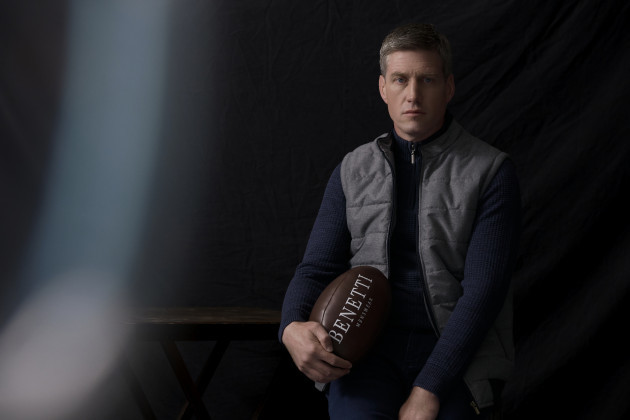 O’Gara added that despite the underwhelming display against Fiji, he wouldn’t have any major concerns around Ireland’s squad depth.

“I don’t think you have a concern in that regard, because you’ve got to be the team for just that 80 minutes and move on. You can see, in Johnny’s [Sexton] case he gets injured in the warm-up (ahead of Australia) and it throws the team out of kilter a little bit, but what’s really important for the next 10 months is who’s running the team as the second number 10? That’s just as important as who is running the team as the first number 10, because a lot of people understand that if you want to be in a World Cup you have to have an extremely strong 36.

“You need two, three four deep in every position and that’s probably where France have an advantage but Ireland can negate that in that their first 23 is extremely strong, but what you don’t need is wear and tear in the (World Cup) round of 16 and quarter-final, semi-final, playing a final potentially with seven of your players missing. That becomes very difficult if you want to achieve success.”

One player who did catch the eye against both Fiji and Australia was Munster out-half Jack Crowley, who O’Gara previously tried to sign for La Rochelle.

“I thought he was very good, I watched him develop for a number of years. I think as a number 10, you get better the more you play and the more comfortable you get in that position.

“You can see in the development of the game (against Australia), from the start to the end, I think from the start he barely saw the ball he was so nervous, and that’s understandable, because you’re thrust into a position where you’re being challenged to goal-kick, line-kick, to run a backline, to run a team, and he’s still very young and inexperienced.

“What he needs now is big games, European games for Munster, games in the Six Nations, and then World Cup warm-ups, he could be the solution.”

O’Gara was yesterday handed a 10 week suspension and fined €15,000 by the French rugby union league for “harming the best interests of rugby”, after being cited for remarks criticizing a referee. With O’Gara and the club considering whether to appeal the decision, he was unable to comment on the suspension.